Carson's end of school trip took his class to the Mac Johnson Conservation Area, lovingly referred to as the "Back Pond" by everyone in the Brockville. They all donned their mosquito repellent and rubber boots and were given a net so they could "fish" in the pond. Although messy, they had a blast! 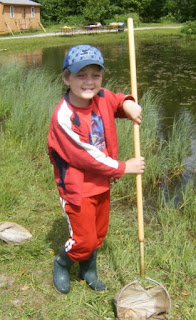 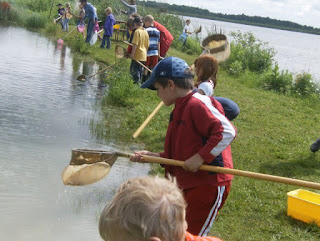 After they had finished "fishing" the whole class gathered around to listen while the conservation officer told them about the creatures they had caught. They had minnows, dragonfly nymphs, snails, lots of bugs, a toad and even a leech. 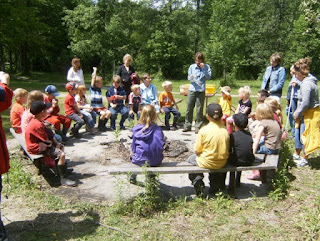 The Canada Geese and their goslings. 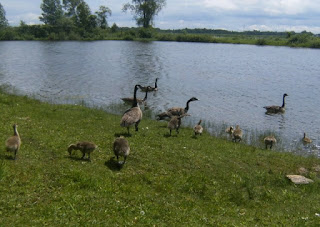 Posted by Christine Baker at 7:06 AM